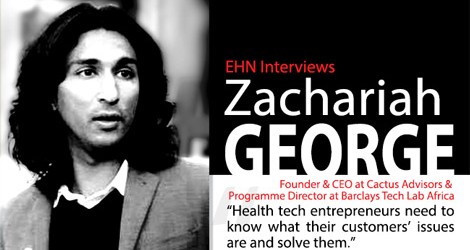 What attracted you to the tech startup environment in South Africa?

I’d been exposed to the Silicon Valley tech and venture capital ecosystem back in 2003/’04 whilst doing my graduate degree atStanford University. Having later transitioned to corporate finance and investment banking on Wall Street for the next seven years with Lehman Brothers and then Barclays, I had a good grasp of both the start-up tech and finance landscape in the US I came to South Africa on holiday in 2010 to watch the FIFA World Cup and to my complete surprise, was taken aback by the level of innovation and interest in the early stage entrepreneurial sector locally, so ended up staying here a while longer. I’ve always been fascinated by emerging markets, especially those in Africa, and I decided to relocate to Cape Town because I recognised in South Africa several key ingredients that make it ripe for innovation and impact – similar to Silicon Valley.

What are those key ingredients?

There are five key components that indicate a region’s ‘investment readiness’ and there are parallels between what you find in Silicon Valley and what you can find here. First of all, there must be a good university and research culture, such as the likes of Stanford, MIT andBerkeley in the US and UCT and Stellenbosch University here. These institutions are important because they produce engineering and tech-related graduates that are at the forefront of innovation when they join large corporates, or when they start their own organisations.

Secondly, although much smaller in number, South Africa has a reasonably mature investment community consisting of Angel investors, Family offices and venture capital funds that support and motivate the startup community.

The third ingredient is that South Africa has a relatively open and flexible government that supports startups, not just from a funding perspective but also from an access-to-market perspective. This is especially true in the energy, healthcare, education and agriculture sector, where government is either a critical buyer or a distributor of products that come out of these industries. The Western Cape Government is especially supportive of initiatives, which again, is similar to the government of California.

The fourth ingredient consists of incubators and accelerators which act as boot camps for new businesses. For example Vision2Ventures, that essentially connects the startup ecosystem with government venture capital and, to a certain extent, corporates. Again, there are also equivalents in the US.

The fifth, and arguably the most important ingredient is the corporate innovation ecosystem. Corporate venture capital is essentially a corporate committing a certain amount of money every year into funding disruptive, innovative technologies within their sector. It’s not CSR or corporate sponsorships. They’re not doing it because they will necessarily invest in or acquire these startups, which is an obvious benefit, but the long term benefit is to create a pool of preferred suppliers. So it’s essentially supply chain development by giving startups the opportunity to test their solutions and then potentially make those solutions available to the corporate’s clients.

Can you give us a real-world example of that ecosystem and how it relates to health tech?

Let’s assume that a bank has a few large health and medical organisations as corporate clients. Those companies are constantly looking for eHealth solutions, such as electronic health records (EHRs), telemedicine products, e-insurance or doctor-patient e-commerce platforms, but they have no idea how to reach startups that are out there developing those solutions.

Meanwhile, the bank also deals regularly with startups through retail banking products, bank accounts, lending, insurance solutions, and other normal day-to-day financial transactions. Now if this bank positions itself as an organisation that champions innovation, they could link these startups with their health corporate clients, and essentially broker a relationship where the startup could supply their products and services through the bank to the health organisation. The benefit to the bank in the long term is they get to bank the entire sector.

Would you say the model of how startups are being financed is changing?

Corporates are now approaching startups to come to them as a source of buying rather than marketing directly to consumers, which is extremely expensive, high on resources and inefficient. Also, even though SA has a population of over 50 million, the tax paying population in less than 5 million. So if you’re a startup that is looking to disrupt an industry and you have to rely on consumers to pay you for product or service, it’s going to cost you a great deal of money to reach even 0.1% of the tax paying population. But if you distribute your solution through a large corporate you have a much better chance of reaching a larger, existing customer base. Essentially, when the corporate ecosystem backs the health tech startup, they have a much better chance of succeeding.

For example, the Barclays Tech Lab Africa programme, which ran from July to December 2015, accelerated seven fin tech companies and three health tech companies. In 90 days we ended up raising over R150 million in funding, 90% of which came from outside of Barclays in the form of private and international investment. This represented nearly 8% of all venture capital funding for startups across the African continent in 2015! The moment a large corporate (in this case Barclays) commits to working with a startup on pilot testing its products/services through a proof-of-concept programme and the associated market access channels, there suddenly tends to be a lot more investor interest because the startup is regarded as a less risky prospect and a ‘safer’ horse to bet on. Perception is everything.

And it’s beneficial for corporates to invest in innovative startups to keep their business evolving to meet current and future trends?

Corporates need to innovate, but the cost of building a solution in-house is prohibitively expensive. If you can invest, acquire or partner with a startup – it’s cheaper and seen by the market as being more innovative and more in-touch with the customer.

Unfortunately, however, this innovation transformation is a gradual process. I’ve been here for six years, and only from the beginning of 2015 did I start to see this transformation happen, and that’s with international companies with a significant African presence, such asBarclays, Microsoft South Africa and IBM South Africa leading the way.

Talk to us about the added complexity in health tech startups because while they may want to be a commercially viable business, they also want to make a social impact.

It’s true that people view health innovation as a social enterprise. If you do anything that’s innovative in health, be it a pregnancy tracking app or a way to track doctors’ visits or online pharmaceutical advice, it’s all viewed through the lens of a social enterprise – which is fundamentally wrong. This is because if something isn’t profitable or viable, no matter how impactful it is to society, it is unsustainable unless government continually funnels money to it, which is often not the case.

The only situation where allocating a lot of money as startup capital in the health tech space makes sense is for research and development, because that is something that you typically do not expect a return on until much later. On the other hand though, you can rarely get private equity investors to fund research because they don’t typically see returns in the short to medium term.

In terms of sustainability, in most cases, the end entity that makes all these eHealth startups sustainable are insurance and pharmaceutical companies, not hospitals. This is because they’re the ones who have the most to gain, and the most to lose. Getting hospital chains to actually pay for innovation is extremely difficult because they get paid by pharmaceutical companies and insurance companies.

I recently met a health tech startup that had spent the last three years working from a pure philanthropic and non-profit basis. So when they asked me what they are doing wrong I replied: “You’re doing everything right, except your business model. You’ve got to go back to the root of what you are offering and you need to get the big guys, like the pharmaceutical and insurance companies, on board.”

Ultimately, social impact is powerful and necessary but you can’t achieve that with a business that doesn’t have any paying customers and is commercially not viable. If you don’t have people who have said they want to pay you for your product, don’t do it.

How do you see SA’s public health sector benefiting from health tech innovation, particularly if they aren’t buyers?

The reality is that tax payers fund healthcare for those who can’t afford private healthcare. It therefore comes down to trying to see how you can be innovative in a situation where the end-payer isn’t a medical aid or an insurance company, but rather the government.

I think the government needs to offer incentives to public hospitals that hinges on the use of innovation. For example, if you’re a public hospital and you’re using an innovative product, like telemedicine, you can access incentive funding. I believe this will be possible in the near future because if you drive a hybrid car you will technically pay less fuel tax, so why can’t something similar happen in the healthcare economy? Essentially, if you’re not funded by medical aids then tax rebates are the only other solution I can think of.

When is a tech startup actually market-ready?

Being market-ready is: a) knowing the right route to your customers and b) having customers that are ready and willing to pay a price that allows you to be sustainable.

What should we be watching out for in the health tech space in Africa in the coming 5-10 years?

Remote surgery is going to take off very quickly because rural health is a huge challenge in this country, and anything that closes the gap between patients and doctors has enormous potential. This technology hasn’t rolled out in Africa in a big way yet because of bandwidth issues, but I think telemedicine is still the biggest disruption to watch.

Zach can be reached at @zach_cpt or info@cactusadvisors.com for any questions or comments. 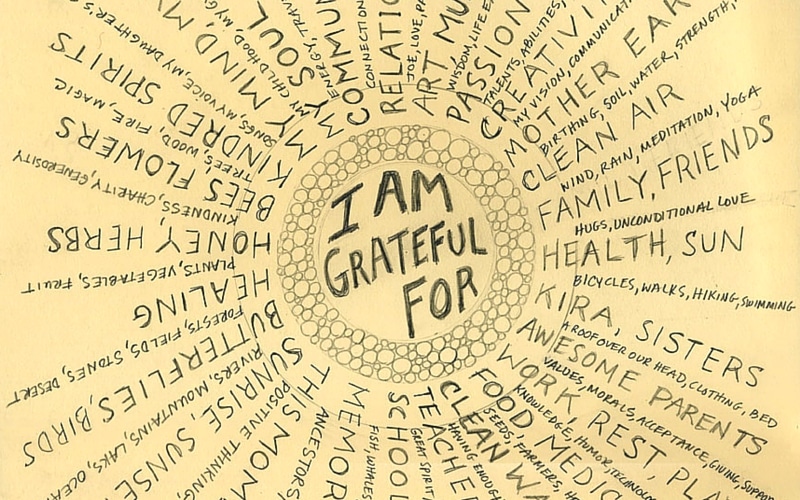 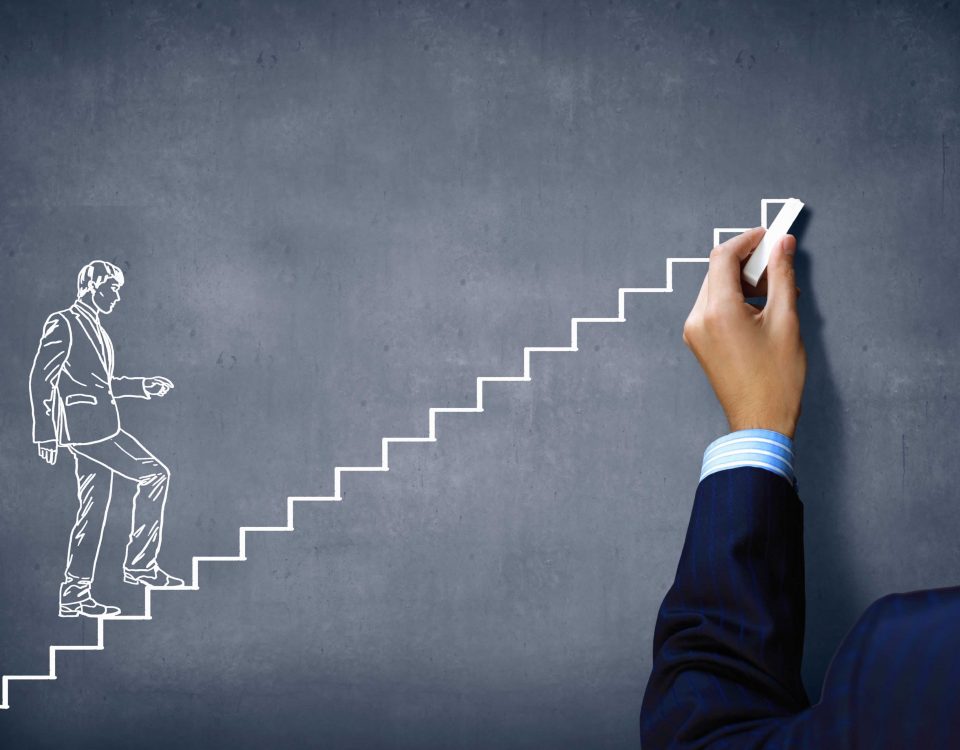 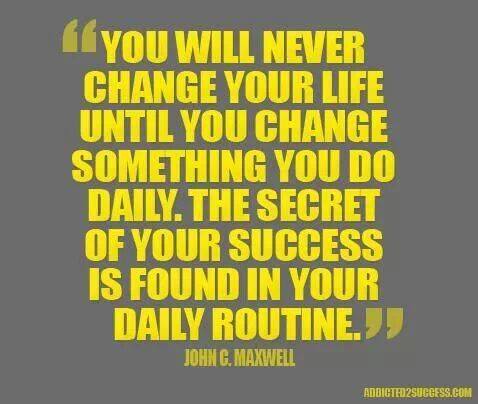